Real Jurassic Park On Your Hand ! 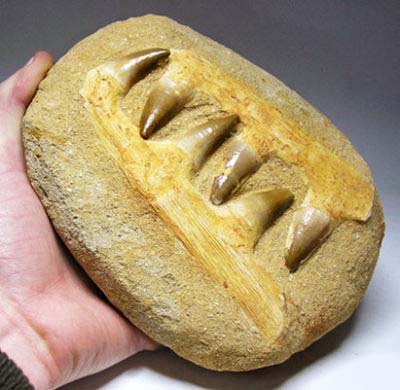 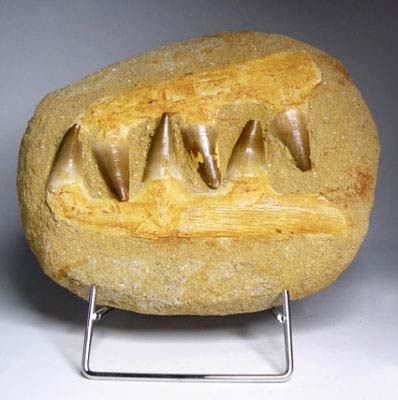 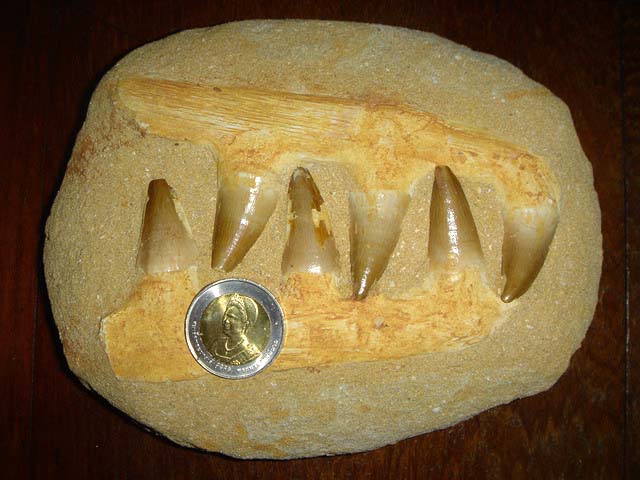 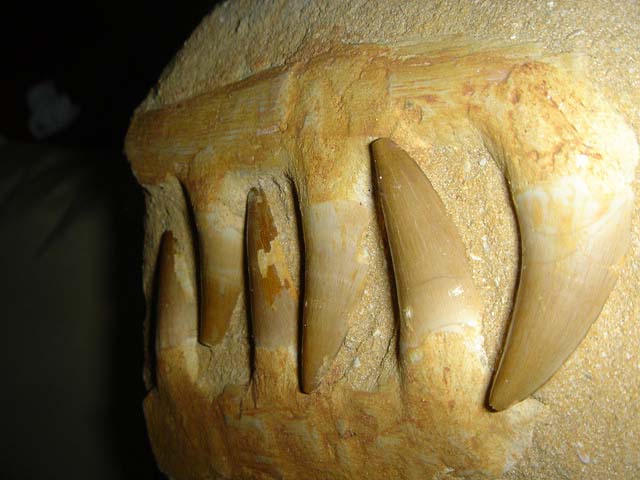 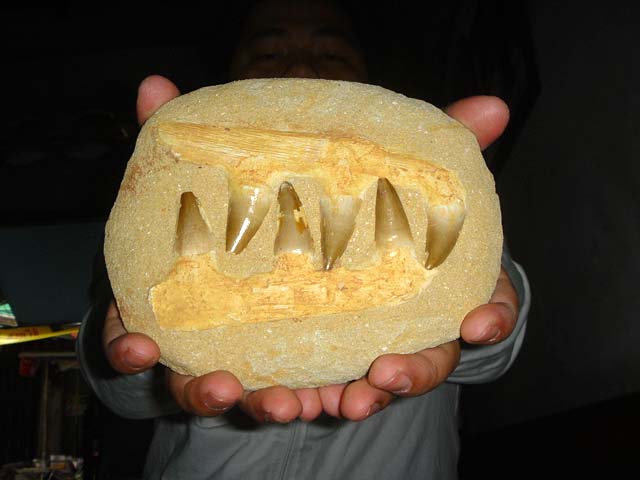 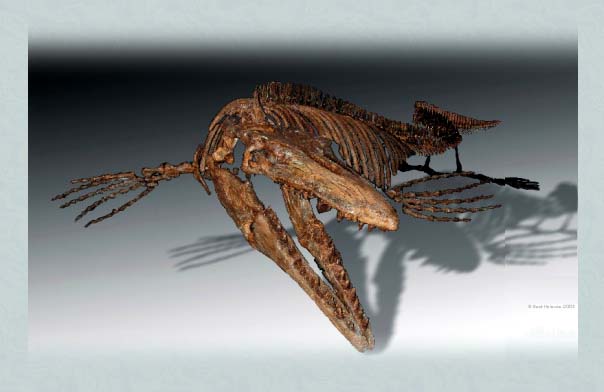 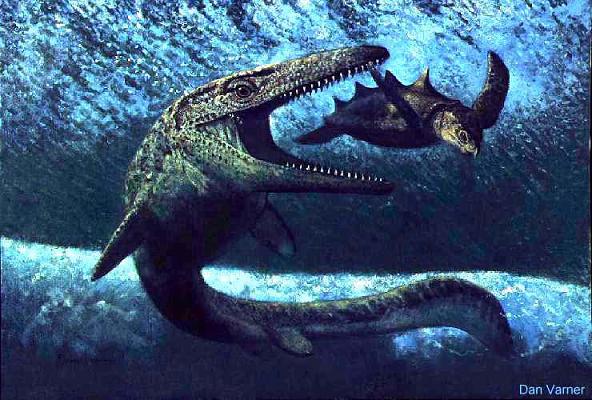 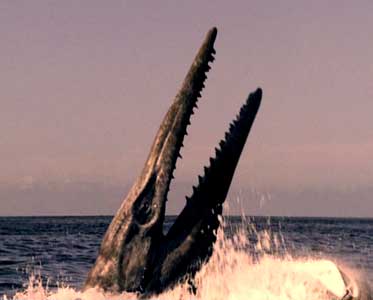 จำหน่ายแล้ว Sold !
SOLD OUT
MOSASAUR JAW & TEETH FROM MOROCCOMosasaurus Tooth In Matrix Huge reptiles once ruled the sea! Mosasaurus anceps was a giant meat-eating marine reptile that grew over 45 feet long. It was a power

Mosasaurus Tooth In Matrix Huge reptiles once ruled the sea! Mosasaurus anceps was a giant meat-eating marine reptile that grew over 45 feet long. It was a powerful swimmer with a long, streamlined body, broad webbed paddles and a strong flattened tail. It was a hunter with powerful jaws and many sharp teeth that it used to pierce the shells of ammonites. It also ate fish, turtles, mollusks and shellfish. Although it lived in the sea, it still needed to breathe air, so it periodically surfaced for air. Our Mosasaurus teeth were found in Morocco and are from the Mid and Upper Cretaceous Ages, making them over 65 million years old ! The most fearsome of the Cretaceous reptiles was the mosasaur, a long-bodied, air- breathing, scaly-skinned, flesh-eating lizard. It resembled a modern alligator, however, this resemblance is only superficial. It is the monitor lizard of Asia and Africa which is its closest living relative. The average mosasaur ranged from 10 to 20 feet in length, although some, like the largest specimen (shown below) on display at the Canadian Fossil Discovery Centre, could reach lengths of up to 50 feet. During their time, they were the dominant predator of the Earth's ancient seas. The mosasaur was a voracious fish-eater, cunningly adapted to its environment. The design of the jaws permitted great expansion, enabling the beast to catch and swallow bulky prey. A joint in the middle of each mandible permitted the jaws to bow outward when opened. Razor-sharp, recurved teeth lined the formidable jaws. The mosasaur also had a set of inner pterygoid teeth in the upper palate which were used to hold its prey. 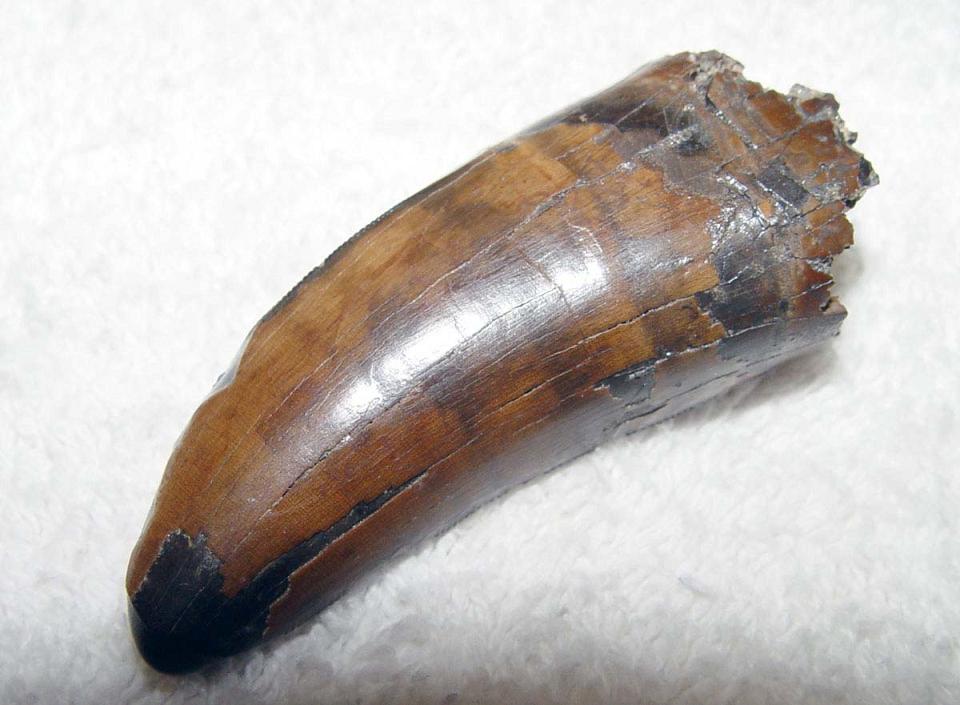 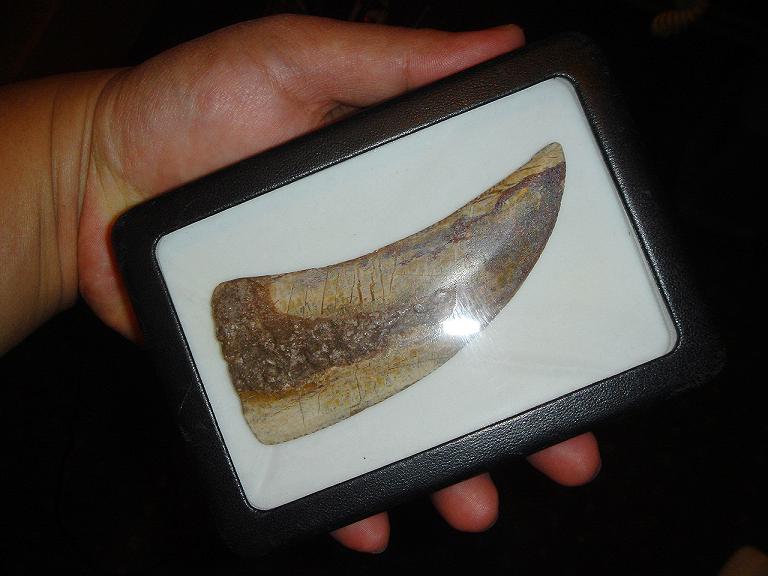 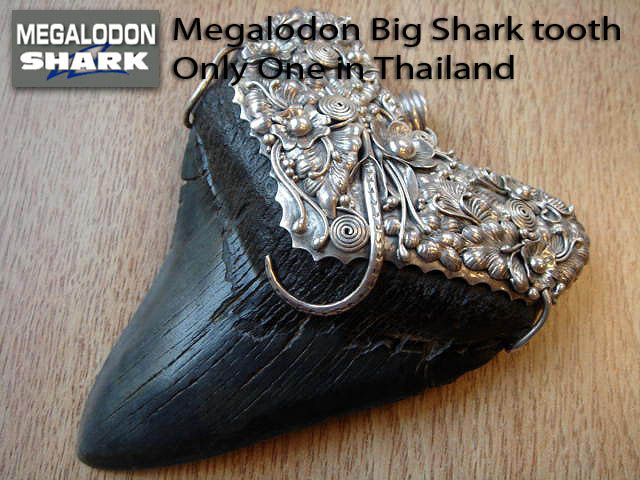